LED Street Lights Leave the Charm of Rome in Ruins

The article below, about LED street lights leaving the charm of Rome in ruins, has many people in New York, Philadelphia, and other parts of the U.S., nodding their heads in agreement.  LED street lights are hideous, making both people and places look like something from the zombie apocalypse.

However, there is much more to this issue that the article below completely misses, the more important issues of health and safety - the multiple, serious, deadly, and harmful health impacts of LED street lights, including: causing permanent injury to the retina of our eyes, the dangerous lowering of our melatonin levels, disruption of our circadian rhythms, general attack on the public health, and impact on wild life.  Both the American Medical Association (AMA) and the American Optometric Association (AOA) have issued health warnings about LED street lights, which have gone largely ignored.

The article also makes the claim that these harsh white lights make streets safer from crime, for which there is no evidence.  In fact, common sense dictates that when melatonin levels are lowered, disruptive behavior is more likely to increase.

And lastly, LED street lights make the streets less safe by decreasing visibility in foggy conditions, which is disturbingly ironic, since LED street lights are not only an integral part of the controversial Vision Zero program, but they also permanently damage the retina of our eyes, as mentioned above.

Lighting engineers need to go back to their drawing boards.  Their mission should be to make life safer, not more dangerous.  The environment needs protection, but that can best be accomplished by using clean energy sources – wind, solar, etc..  Not from LED street lights that contain toxic ingredients and leave a massive toxic impact for both public health and wild life.  Learn more about LED Street Lights at http://www.healthalertphilly.org/LEDstreetLights.htm 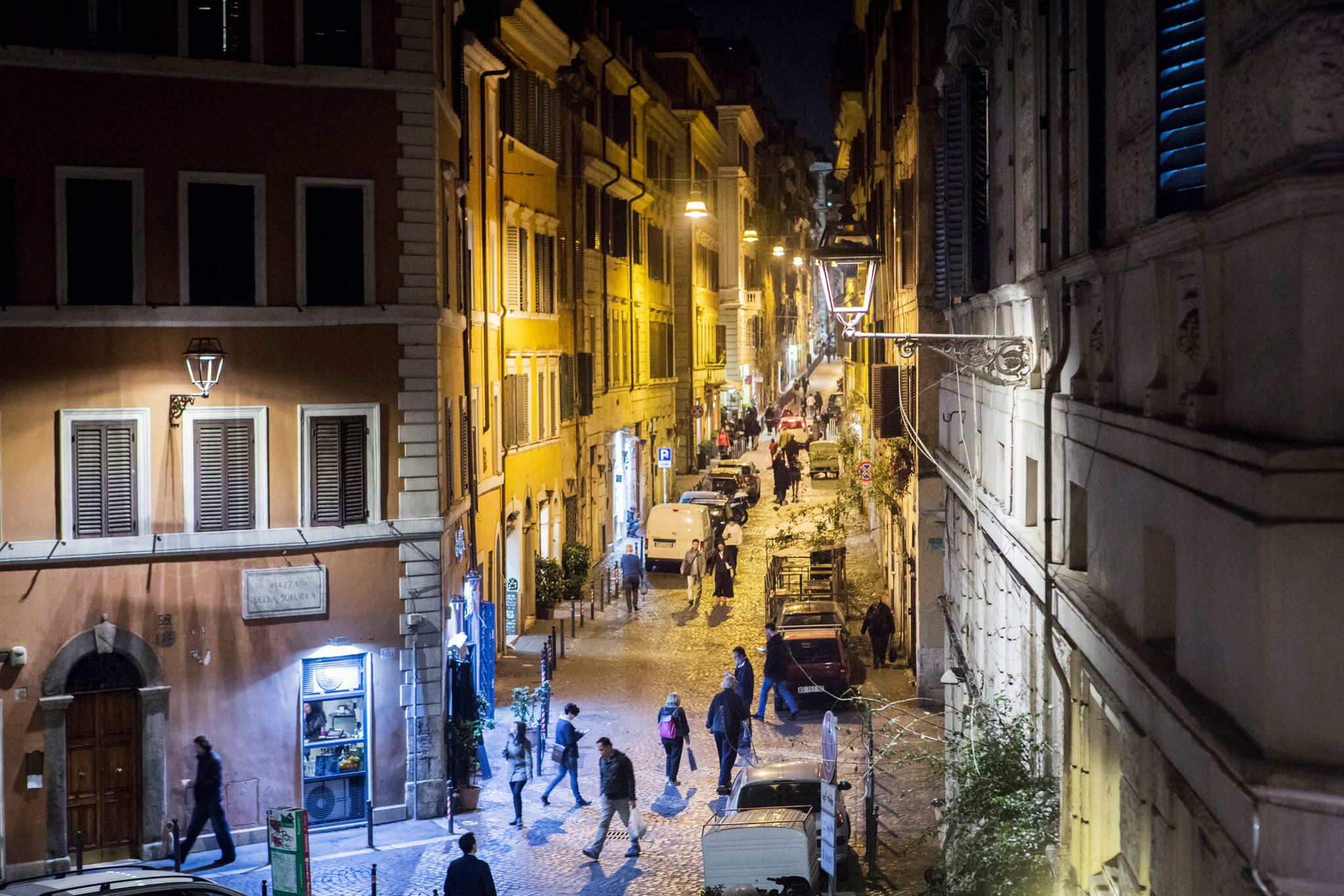 White LED lamps, front, and yellow sodium streetlights, behind, in the Monti neighborhood of Rome this month. CreditGianni Cipriano for The New York Times

ROME — As far as guided tours of central Rome go, this one was a downer.

“Look over there, at that ‘Virgin and Child,’ with that ugly lamp above it, casting such a harsh outline,” said Nathalie Naim, a municipal council member, pointing to a framed image on a wall.

Near the Colosseum, another outrage. “This used to produce a light with a golden halo, that soft and welcoming light that envelops you,” Ms. Naim lamented, nodding to one of the cast-iron lampposts that dot the city center. Alas, no more.

“I don’t want to make this personal,” Ms. Naim said, dramatically covering her eyes while passing through a bar-lined piazza, “but these horrible lights, mamma mia!”

Rome, more than 2,700 years in the making, is of course ever evolving. Its layers of archaeology attest to that. Barely a hole can be sunk without hitting bone or ruin. Yet for some, the beloved, timeless, romantic beauty of the city is not to be tinkered with. 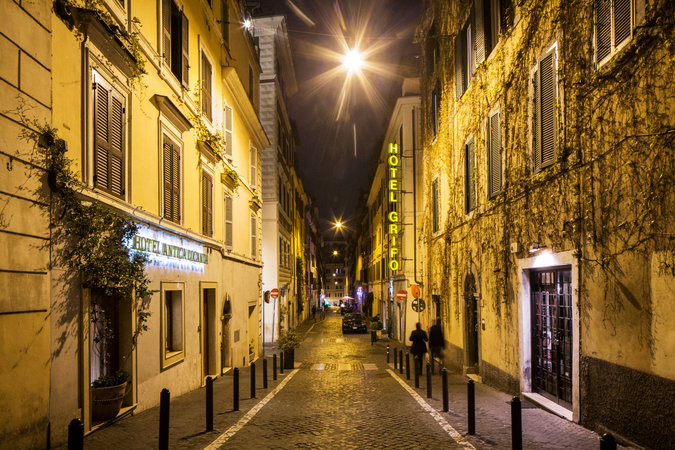 The old-style streetlights in the Monti neighborhood. The $52 million plan to replace them with white LED lights is expected to save Rome millions in electricity bills. CreditGianni Cipriano for The New York Times

Even a plan to replace the city’s yellow sodium streetlights with cheaper, more environmentally friendly, white LED lamps is, for some, not simple modernization, but sheer heresy.

At the very least, it has not pleased all the residents of the Eternal City, who are apt to eternally complain. They say they have suffered enough indignity, decay and decline in recent years because of corruption and lack of services. Now, when they are finally presented with a change to try to improve the city, they find it is no improvement at all.

The decision to change the city’s lighting predates the tenure of the mayor, Virginia Raggi, who has had enough troubles on her hands. Nevertheless, since she took office in June, about 100,000 LED lamps have been installed, just over half the number that will be swapped out in the change, costing 48 million euros, or about $52 million, that is expected to save the city millions in electricity bills.

If nothing else, the new bulbs have lit up social media, where the illumination has been compared to that in a hospital, a morgue or a cemetery.

The old lights and the new ones are a “candlelit dinner versus the frozen-food aisle of your local grocery store,” Elizabeth Minchilli, an American resident of the central neighborhood of Monti, wrote on Facebook.

“They are assassins of the beauty of Rome, of its history.”  NATHALIE NAIM, A MUNICIPAL COUNCIL MEMBER

Not everyone is bothered, and to some, the switch is more smoke than light. “It’s how you live the city, not the lighting, that makes it romantic,” said Cosimo Barnaba, the salon manager of a hipster-friendly hairdresser just off the main square in Monti.

Mr. Barnaba said the benefits of the new lighting — the lower environmental impact and cost savings — outweighed the polemics. “Rome is always beautiful, even with a white light,” he said.

But Ms. Naim and many other residents are not convinced. Ms. Naim has become a central figure in a drive to reverse the decision, petitioning City Hall, and demanding documentation from the municipal electricity utility, ACEA, to better understand how the move came about. She said the company and City Hall, as well as cultural authorities that she has contacted, had ignored her.

“Illumination is atmosphere,” she said emphatically. “They are assassins of the beauty of Rome, of its history.”

Officials from the company responsible for the plan declined to be interviewed. A company spokesman offered a defense not likely to appease angry Romans: The change was inspired by the lights of Los Angeles, a city not often associated with Rome, perhaps for good reason. 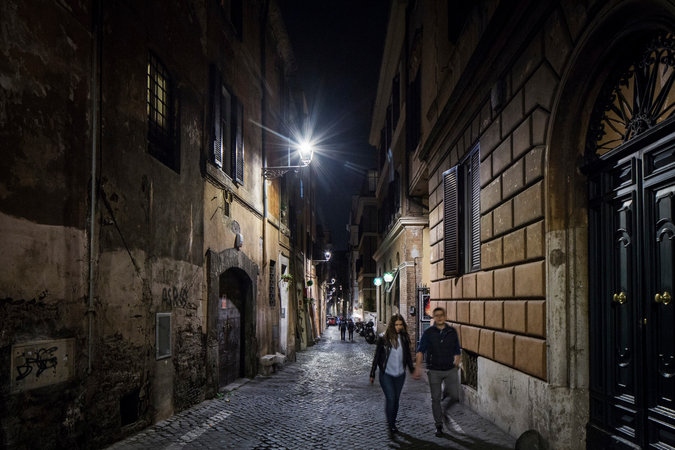 LED lighting in Monti. The new bulbs have lit up social media, where the illumination has been compared to that in a hospital, a morgue or a cemetery. CreditGianni Cipriano for The New York Times

In fact, critics say the very problem is that the modern glow dims the Italian capital’s Old World charm.

Even some experts concede the point. While more cities around the world have turned to LED lighting to save money, “in Italy’s historic cities it becomes a question of aesthetics,” said Roberto Zamboni, a Bologna-based illumination expert with the Italian National Research Council.

Mr. Zamboni pointed out that 20 percent of the world’s energy consumption was used up by lighting, public and private, and that costs could be significantly reduced by replacing old-style bulbs.

The new lights are cost-effective and efficient, he said.

“But are we sure we want to put them in historic centers without taking into account aesthetic coherence?” he added. “Perhaps this is an issue for architects, because there are solutions.”

The utility company spokesman, who asked not to be identified, as is common with Italian companies, said there were also public safety reasons for the brighter light, noting that some parts of the city were deemed to be too dark. 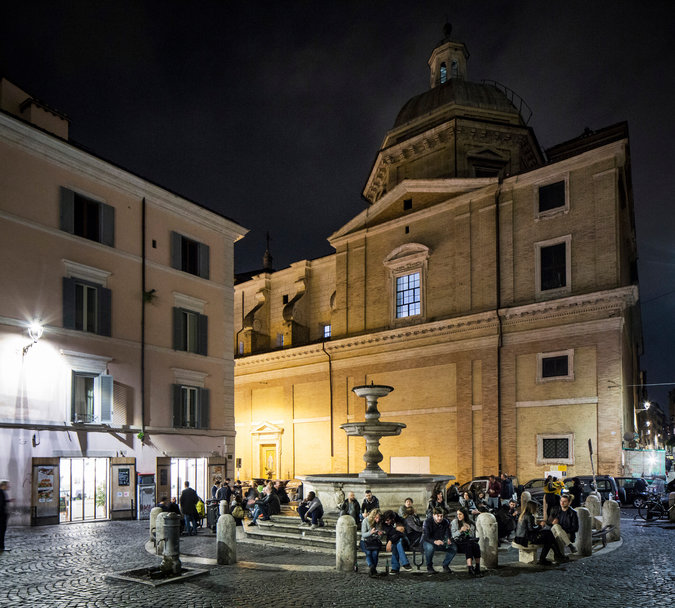 A white LED streetlight, left, in Piazza della Madonna dei Monti. The streets in the background still have the old sodium yellow bulbs. CreditGianni Cipriano for The New York Times

But he said that a warmer tone of light was being used in the city center, after consultation with the cultural authorities, which normally painstakingly monitor even the slightest changes to the country’s patrimony.

Residents in some neighborhoods have complained that the cast-iron tops of many old-style lampposts have been changed to look more modern, and that many dome-shaped lamps that hang over city streets have been replaced with drab, rectangular lights. Many wonder why Italy’s culture officials have not intervened.

Municipal culture officials in Rome did not return calls for comment, and the national authorities charged with protecting and preserving Italy’s cultural heritage said that urban lighting had never fallen under their mandate.

“There’s this idea that when something doesn’t work, people think that the superintendency is a sort of constitutional court to avoid messes when it comes to culture, but it doesn’t have that role,” said Luca Del Fra, a spokesman for one of Rome’s state cultural authorities.

Technically, it was out of their jurisdiction, Mr. Del Fra said. But, he added, “in the spirit of collaboration between institutions, the superintendency would work with city officials to try to understand the problems and resolve them.”

A version of this article appears in print on March 28, 2017, on Page A6 of the New York edition with the headline: Streetlight Fight Breaks Out in Rome: Golden Glow vs. Harsh White LED.